English Words You May Not Know Were Borrowed from Other Languages 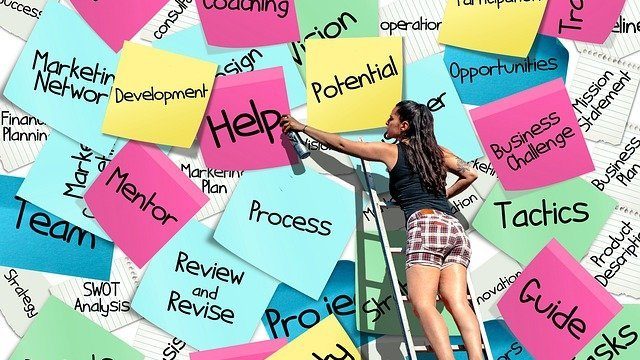 You might be a busy entrepreneur, but you still make time to meet a friend at a café for some latte and croissants. And if you’re not too busy, you might accept those tickets to the ballet your friend is offering.

Your friend sneezes and you promptly say, “Gesundheit!” “Have you heard about the new delicatessen just around the corner from your kid’s kindergarten?”, she asks. “It’s a real meat fest. I’m gonna waltz on over there and get me some bratwurst.”

You tell your friend you’re not looking to put on extra weight, but rather thinking about starting a sport or activity to shed a few pounds. Maybe even martial arts, like taekwondo, karate or kung fu. In time, you may even become a real ninja. But you both know that’s not gonna happen, so you agree to meet up again tomorrow for some dim sum, stinky tofu and chow mein.

This seems like a perfectly normal, ordinary conversation, the kind you might have in your run-of-the-mill coffee shop with any of your English-speaking friends. Except… did you notice that several of those words were not “English” at all?

Languages are fluid, hardly set in stone, in fact, new words are added to dictionaries every year. Every language has had foreign influences for centuries; this has probably always been the case. Take for example, the way English words have infiltrated every other language, especially in the tech field, with words like “software”, “mouse” and “smartphone” popping up all over the world. What person anywhere in the world doesn’t know what a “selfie” is?

But now, let’s turn our attention away from English words and back to foreign words that have snuck their way into the English language, so much so we’ve forgotten where they originally came from. French words we use in English: You may know words like “creme”, “café” and “croissant” come from French foods and drinks. But what about “laissez-faire”, “renaissance” or “faux pas”? Ok, you probably knew those, too. But did you know “lingerie” is a French word? How about “cul-de-sac”? Did you know that “déjà vu” literally means “already seen”? There are too many to list here, so let’s move on to another language, shall we?

Spanish words we use in English: You may know “guerilla” or “plaza” are words English borrowed from Spanish. But did you know that “breeze” comes form the Spanish word “brisa”(gentle, soft wind)? How about “cockroach”? This word is derived from the Spanish “cucaracha”. “Stampede” comes from “estampida”. And “macho”… well, there’s no need to explain that one.

It should come as no surprise that Native American languages have added their influence into the English language, especially in the United States. Some classic examples of course include foods like “chocolate”, “avocado” and “squash”. But did you know that “barbecue” comes from the Taíno word “barbacòa”? “Hurricane” comes from what the Maya called “Hunraken”, the “god of the storm”.

And “hammock”, with its Spanish equivalent in “hamaca”, is believed to have originated from the Taíno language or from a related Arawakan language.

Does it really matter what language a word we use came from?

Not really. But sometimes it’s nice to remember how rich each and every language is.

And while it may not be the case with some human beings, languages have no problem sharing their wealth.

How do you translate a Shopify store?
Related Posts
The most common English expressions
The most difficult sentences to pronounce in English
The five most difficult languages to translate
10 unusual words in other languages
Comment
There is no comment on this post. Be the first one.