Comic translation: how to get the piece to keep its essence 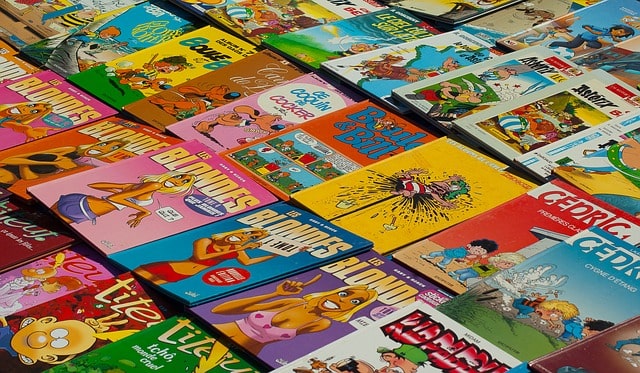 Comics translation agencies are companies that take their work very seriously. You can’t imagine how difficult it can be to translate a comic! Comic books are an artistic expression that represent a world of their own in terms of format and language use. Stick around and have a look at this article in which we’ll explain why it’s so important for the translation to be done by a professional.

Despite what some may think, comics are no longer just for children. In fact, today they spark the curiosity of millions of adults around the world. Unlike novels and other pieces of literature, translating the speech bubbles of a comic can be a real challenge, especially due to the limited space available and the use of onomatopoeia as a literary device.

For example, in the case of a Japanese comic, ormanga, a sentence written with 8 Japanese characters can become 20 to 25 characters when translated to Romance languages. In addition, in oriental comics many authors place the text vertically. How can you make sentences of varying length that mean the same thing fit into the same speech bubble? It’s almost like a jigsaw puzzle.

In traditional literary texts, shorthand abbreviations can be used throughout the piece – something which is not usually done in the panels of comics due to a lack of space. It is very common in the comic book translation world to turn to footnotes to get around this problem.

The importance of cultural translation

The way a country writes and speaks changes constantly. It is important for the translator to be familiar with the culture to be able to translate local expressions, sayings, and idioms so as to not hinder a fluid reading of the piece. Cultural translation is an important element to adapt texts to the specific terminology of the target country.

If literary pieces have expressions that are hard to translate into the target culture, the professional normally looks for a similar or equivalent expression. Nevertheless, if that type of text is next to a picture that shows a character’s actions, the translator’s work becomes much more creative.

Particularities of this type of editorial translation

Another of the complex points that must be dealt with in terms of editorial translation is how to express sounds and onomatopoeia in writing. Have you ever thought about how you would write the sound a car makes? The fact of the matter is that some languages write that sound as “trrrr” while others, like English, write it as “vroom vroom.” Interesting, isn’t it? Another of the clearest examples of this phenomenon is the translation of laughter. In English speaking countries “haha” is used, while in Spanish laughter is expressed as “jaja.”

It is important to note that translators do not work alone, as getting the translated text onto the page normally depends on a graphic designer. The person in charge of adapting the text to the speech bubbles has to be someone artistic.

The world of comics is full of challenges. Comic book translation is something that requires vast knowledge and full dedication. Always hire professional translators!

Previous Do you need a translator or an interpreter? Here we clarify the difference between the terms and the skills of each professional.
Next Keys to videogame translation and localization
TOP POSTS