What are Vernacular Languages? | Blarlo.com 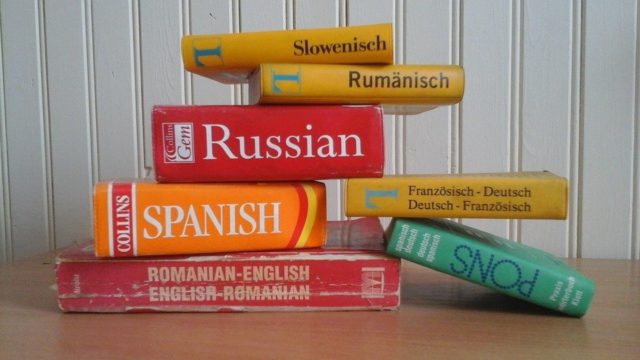 Vernacular refers to the language of a given place. In the science of translation, it is important to know the history of the source language to make it easier for you to grasp the true meaning of the text. We’ll go over this in the next section.

The History of Vernacular Languages

These types of languages are always the result of the union of the different civilizations that passed through a particular region before the formation of the language proper. For example, Latin was the language spoken in Italy, but the influences of the various countries invaded by Roman troops created a vulgar Latin.

In fact, vernacular languages are all those derived from Latin, which were not Latin, and which received this name from the Romans. These variants of the main language were contaminated with the languages spoken before Roman occupation, and which continued to evolve and become a different language in each region of Spain.

Later, during the Reconquista, they all came together to result in the Spanish language. This same process happened in several European countries, so as a translator, it is important to have some understanding of the history.

Just as it happened in Spain, there are many European countries where different languages are still spoken, as in the case of Belgium (French and Flemish). So, your training as a translator should also include the study of the other languages that influenced the main one and which are still considered official languages.

If you are going to work mainly in Spain, don’t limit yourself to foreign languages. Acquire the necessary knowledge of Galician, Catalan, and Basque, as well as some others like Asturian to expand your skillset.

It is important to understand that your translation services must respect the original text at all times. In some cases, the vernacular may seem to grant a pinch of fantasy and change the meaning of important texts due to political influence. Being a good professional requires direct translation without falling into the trap of second guessing.

Unfortunately, such languages are sometimes identified with rebellion, given each country’s specific circumstances However, their magnificent linguistic value and the way in which they have managed to evolve to fully adapt to changes occurring over centuries are often overlooked.

Likewise, the vernacular languages you may speak should never interfere with your learning of the country’s main language. While it’s always a good idea to expand your knowledge, it’s not advisable to neglect a vehicular language of greater impact, as this decision could affect the quality of your work.

And so, you must remember that the vernacular language is neither more vulgar nor a second-rate language. We hope we’ve shed some light on the subject and given you some tips to obtain the best results in every single one of your translations.

Previous Is There Such a Thing as an Untranslatable Word? | Blarlo.com
Next Translation Strategies | Blarlo.com
TOP POSTS

How do you translate a Shopify store?
Related Posts
Translation mistakes on social networks
Co-official languages in Spain
Marketing a food product in China
Arts and Culture: Discover All the Keys to Their Translation