Be careful of emojis and their meanings 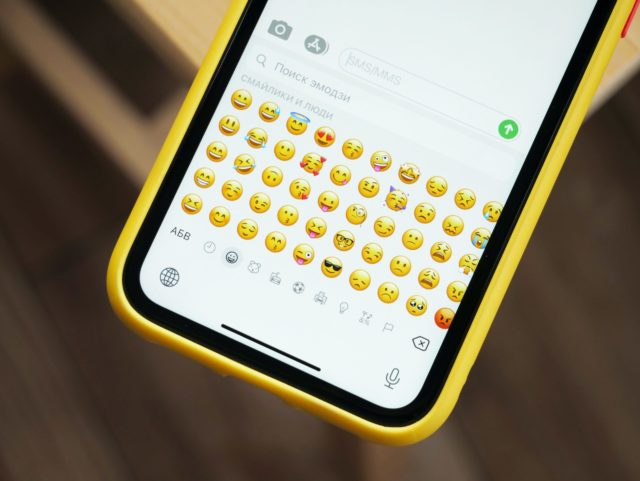 Emojis have become a routine and seemingly simple form of communication in which, with a single symbol, an emotion or feeling is represented.

There are even those who advocate that use of an exclusive communication language consisting entirely of emojis would successfully unify languages ​​as in the days of Esperanto. But do you really know what they all mean?

Emojis first appeared in Japan in the 1990s. They were created with a clear intention: to create a new form of communication in which a single symbol could be recognized through a set of emoticons or sensations. A picture is worth a thousand words.

Thanks to their birthplace, many of the emojis represent customary expressions or Japanese expressions. An example of this would be the three monkeys that cover their ears, eyes and mouth. They are based on the Japanese proverb “see no evil, hear no evil, speak no evil.”

However, one of the main problems with the use of emojis is that their interpretation is very fluid. Each individual interprets and represents emotions quite differently. But we are not talking about simply what a drawing may suggest to an individual.

This is about how not knowing the meaning of an emoji can cause confusion during a conversation. Also, if you are talking to someone from another culture, other complications can be encountered during the conversation.

Each operating system displays emojis in a different way

The most significant conflict is the way in which each emoji appears on screen and how this varies according to the app or operating system being used. There is no rule or fixed system which applies to emojis, only Unicode which provides a description of the emoji but does not establish how it should look in its graphical form.

The most used emojis are those belonging to Apple and Whatsapp. Yet it is worth remembering that even if you send an emoji from an Apple device, the recipient will see the same emoji a different way on their device.

This not only changes the graphical representation of the emoji or the app but also varies the intensity of the emotion depending on the operating system.

This is the danger of using certain emojis in some cultures

Emojis are part of our day-to-day lives, and blarlo would like to show you the different meanings and most controversial situations so that you can communicate without any difficulty.

As a widespread and routine form of communication, few realize that many of the emojis we use, which are harmless at first glance, can be problematic in other cultures.

Another controversial emoji is the ‘ok‘ symbol. Again, use of the ok emoji is widespread in Western countries but use of ok is an insult in Turkey or Brazil.

There are other emojis that have provoked controversy when associated with sexual content. One such emoji is the eggplant when used on Instagram or two people of the same sex shaking hands in countries where homosexuality can lead to harassment.

Emojis also have an international day

17th July is International Emoji day. People tend to think that this is the day that emojis first appeared, but this is not the case. The calendar symbol is part of the emojis’ catalog. This symbol appears on Apple software on 17th July, so that date has been taken as the date on which to celebrate the arrival of emoji’s into everyday conversations.

Other operating systems have created the calendar emoji for other days, even some of them without a month; but the Apple based emoji was the emoji that was taken as the reference point as the one which was used the most.

France sends the most emojis per conversation

According to a University of Michigan study, about 427 million messages were analyzed in 212 countries which confirmed that the most commonly used emoji is the smiley face with tears.

This study not only revealed which are the most used in the world but also the countries that use the most emojis to save time in their conversations: France claimed 1st by a lead of approximately 20%, while the United States finished 2nd with 9.2%. The difference is quite significant.

And in Spain, what position are we in? In Spain emojis are used in daily messages sent via social networks and other applications 3.4% of the time.

The most used emojis vary according to the app and the country in question. 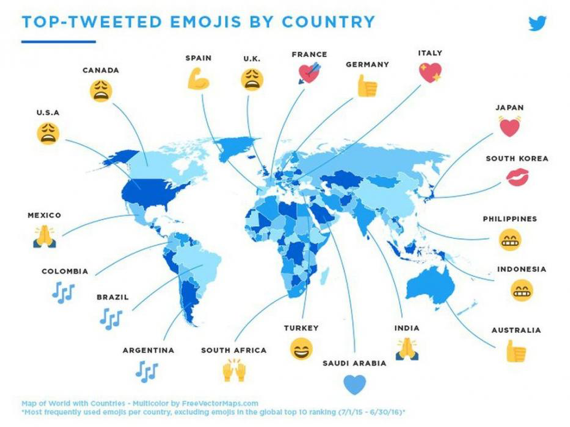 According to the Twitter app, Spaniards tend to use the muscle emoji most, and discuss sport the most amongst the Spanish twitter community.

Other countries like France, Italy and Japan, use more heart emojis but none of them uses the same type of heart as the other. Another cultural difference that should be taken into account. 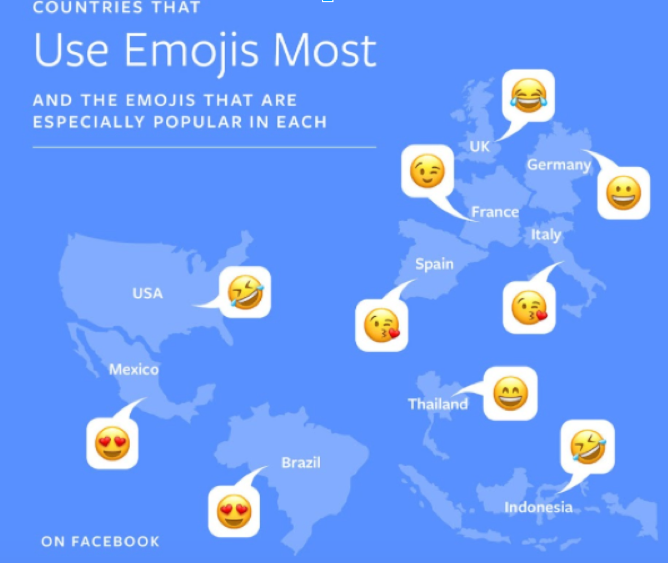 In the case of Facebook, smiling faces are predominantly used with tears or faces with hearts. Surely, the messages that are most sent in this type of social network is in response to a message or post, which can amaze us or make us laugh, so the message tends to condense itself into emojis.

The use of emojis is so widespread that a film has been created and one might even consider it a language of its own. To use them correctly and avoid confusion or cultural clashes, the ideal situation is to understand their meaning and if there is any risk that they may be misinterpreted by the culture of the person who will receive the emoji in order to avoid possible insults or unintentional offense.