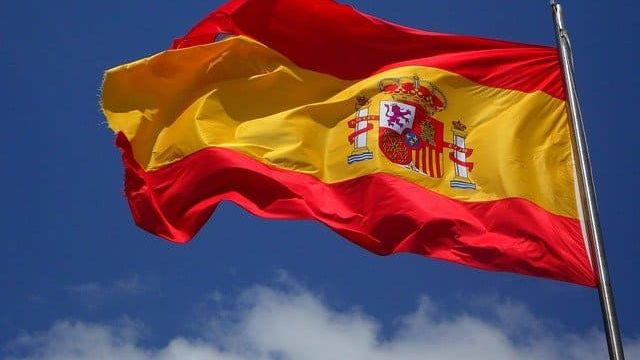 The co-official languages in Spain are specified in Article 3 of the Constitution. Below, we’ll give you full information on each of them:

What are the co-official languages in Spain?

In fact, there are five. Below, we’ll tell you a bit about their origin, history, the number of people that speak them, and their area of influence so that you can be more aware of their importance.

These three types of Catalan come from vulgar Latin and, during the Middle Ages, they became widely used thanks to their being the foundation for different literary pieces. Beginning in the fifteenth century, there was a great surge, although in the sixteenth century usage went down. It was in the eighteenth century when these varieties of Catalan became institutionalized and when they began to be regulated and even became co-official languages.

Catalan is spoken in Catalonia, Valencia (the Valencian dialect), and the Balearic Islands (dialects like Mallorquín and Menorquín, amongst others). It is also spoken in the border region of Aragón, in Andorra, and in some areas of southern France.

Figures confirm that the language is spoken by 10 million people, including many speakers who do not reside in the areas mentioned above — either because they immigrated or because they simply have an interest in learning it.

It has some remnants of Pre-Indo-European languages and it is the result of the passage of different civilizations through the territory, with the Celtic language being a major contributor, along with Vulgar Latin.

The Roman civilization arrived at Galicia around the second century before Christ and the use of Latin was always progressive due to the influences from the aforementioned civilizations. The Germanic people, in the fifth century after death, also influenced with words.

Researchers think that Galician as we know it today came to be in the eighth century. In the Middle Ages it went through a time of splendor, although in the fourteenth and fifteenth centuries it began to mix with Spanish. It was not until the nineteenth century when it once again cropped up strongly, becoming a co-official language.

It is spoken in Galicia and in the border areas around Asturias and Castile and León (Sanabria and El Bierzo). It is used by 2,400,000 speakers and is characterized by being a melodious language with a very specific accent.

This is a Pre-Indo-European language and has remained the same since its origin as it was not influenced by the different civilizations that have passed through Spain. It is spoken in the Basque Country and Navarre.  Due to Basque immigration, the total number of speakers is around 750,000. This language is studied every year by 50,000 students; therefore, it is foreseeable that the number of speakers will continue growing in the near future.

This language has been official since 2006 thanks to the Statute of Autonomy of Catalonia. It is spoken in the Arán valley and comes from Occitan/Gascon. It is the official language of 2800 people and is spoken by 34% of the people who live in this part of the country. It shares a good part of its grammar with Aragonese and Catalan.

We hope we have been able to give you all the information you need about the co-official languages of Spain for you to be more familiar with them and to be able to evaluate the possible translations that your company may need.

Previous What are the best dictionaries for learning languages?
Next Translation of fiction: basic recommendations
TOP POSTS

How do you translate a Shopify store?
Related Posts
The value of a professional Basque to Spanish translation
Translation mistakes on social networks
Arts and Culture: Discover All the Keys to Their Translation
Marketing a food product in China